Britons living abroad, either temporarily or permanently, will need to obtain a mortgage from a lender that has chosen to lend to expats.

Typically, expats are looking to invest in buy-to-let property whilst living overseas, perhaps to provide an income in retirement or even to live in upon their return.

Aside from investors there are a great number of enquiries from individuals looking to buy properties for their families to live in – frequently where children are involved the preference is for them to be schooled in the UK.

These are just some of the reasons expats want to buy a UK property, one thing is for sure more and more expats want the security of property in their homeland.

The latest figures show house prices are on the rise again, May and June saw growth although not like years gone by but still very encouraging.

It is expected that house price increases will level out over the next year with a steady but reliable growth rate, again spelling good news all round for expats looking to invest.

At present the outlook for 2018/19 is very positive indeed, the signs are this will continue for the foreseeable future.

Finding the mortgage to suit your needs

Securing an expat mortgage doesn’t have to be difficult, it is always recommended to get expert professional help. Using a specialist expat broker will without doubt give you the edge as they will be experienced in this type of mortgage process.

If you are looking for an expat new or re-mortgage please do make contact and one of our fully qualified advisers will be happy to assist.

Since the end of last year the expat mortgage market has seen much more activity in both new and re-mortgage applications.

The UK property market continues on an upward spiral albeit slower than years gone by and still offers potential longer-term growth and security. Expats are always keen to secure property in the UK and this year is no exception as applications for new mortgages are at an all-time high. Most experts believe these high activity levels will remain until the Brexit deal is finalised, with all the uncertainty expats want a UK foothold.

Confidence in the UK market has grown again since the turn of the year due to interest rates still being held after the threat of increases.

What does the future hold in store?

This is a very difficult market to predict in the long term, but if the past is anything to go by then UK property will hold its own and increase in value. Whatever happens with the Brexit deal property values are more than likely to remain strong. There are several factors that control prices, the main ones are listed below:

So looking at the key factors the housing market looks in good shape for the future. Of course situations can change very quickly, not to mention Brexit, but on the whole the UK property market looks to be in a very healthy state especially if the supply does not increase.

Should you require any assistance with your new or re-mortgage please do call one of our fully qualified consultants and we will be happy to assist.

House prices have hit a fresh record high in the UK, but property inflation has slowed to its lowest level since March 2017, according to official figures.

London house prices staged a surprise bounce in the month, rising 2.4%, with annual property inflation in the capital returning to positive territory at 1%

As a further reflection of that, prices of flats and maisonettes have been weakest over the past year – rising by just 1.7% in the year to April, to £202,000.

Their weak prices were driven by “negative annual growth in London for this property type” the capital accounting for a quarter of all flat and maisonette sales in the UK.

While flats and maisonettes struggle to command higher prices, the average price of a semi-detached house increased by the most, at 5.4%, to £315,000.

Annual house price inflation has been slowing since mid-2016, and, with the exception of October 2017, has stayed firmly under the 5% mark.

Despite that the cost of the average home rose by £19,000 in the two years from April 2016 to the same month this year.

As a result, the increase in house prices is more to do with the lack of supply of appropriate property in places where people most want to live rather than a marked improvement in confidence.

If you are looking for a new or re-mortgage please do make contact and one of our qualified advisers will be happy to help. 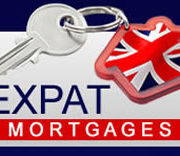 Expat mortgage lending is forecast to reach the highest level since the financial crash of 2007 despite Brexit uncertainties, according to the latest annual market review.

If all the predictions are correct, 2018 will see the eighth year of expat mortgage lending growth.

A great deal of this growth will be driven by re-mortgage activity, figures would suggest the expat has become a great deal wiser of late and making the most of lower interest rates.

Expats buy-to-let lending looks like recovering in 2018 and 2019 despite the adverse tax changes for landlords. Again, this growth is likely to be driven by a strong re-mortgage market and an improvement in house purchase lending brought about by a higher level of “churning” in the market.

Lending via intermediaries/brokers is also expected to increase again as expats look for help in securing their mortgages. Broker activity has grown rapidly over the last 3 years as tighter lending rules have come into force.

The forecasts are based on an analysis of current trends within the housing market.

Despite the recovery of the housing market and the availability of mortgage finance since the last recession, stricter affordability rules are limiting activity which makes the figures and predictions even more promising.

According to the latest figures house prices are still on the rise, January and February saw an average 2.3% increase (except London) as the UK economy continues to strengthen even with the Brexit situation.

It is expected that house price increases will level out as the year goes on with a steady and reliable growth rate, again spelling good news all round.

Popularity of longer-term deals had waned at the start of the year with expat borrowers opting to fix their mortgage for two years, according to the latest report.

Greater competition from lenders keen to lure in borrowers for longer terms and rate rises on five-year deals increasing far less than those of the two-year options has caused a shift.

In April this year demand for five-year fixed-rate re-mortgages went up 40%, representing half the market according to the report. In March they made up just 28% of this market.

It also emerged the number of expat borrowers using an independent broker to re-mortgage has also hit a record high in April and May increasing from 72% in March to 84%.

Lenders are eager to attract longer-term business which has created a competitive landscape for expats. This has ensured five-year average rates have remained relatively flat month-on-month.

Five-year fixed deals tend to be more popular amongst borrowers who are seeking stability. Expats will be opting for these deals to provide some certainty amid the potential economic and political upheavals in the next few years due to Brexit.

Currently over 77% of expats re-mortgaging expect a rise in the Bank of England (BoE) base rate this year. This compares to 35% in April 2017.

After hints of a rate increase earlier in the year, sluggish economic growth discouraged the BoE from raising the base rate. Yet more than three quarters of borrowers still believe another base rate increase will happen at some point in the next twelve months.

If you are looking for a new or re-mortgage please do make contact and one of our advisers will be happy to assist.