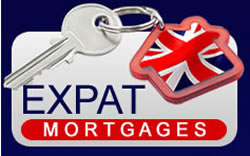 Popularity of longer-term deals had waned at the start of the year with expat borrowers opting to fix their mortgage for two years, according to the latest report.

Greater competition from lenders keen to lure in borrowers for longer terms and rate rises on five-year deals increasing far less than those of the two-year options has caused a shift.

In April this year demand for five-year fixed-rate re-mortgages went up 40%, representing half the market according to the report. In March they made up just 28% of this market.

It also emerged the number of expat borrowers using an independent broker to re-mortgage has also hit a record high in April and May increasing from 72% in March to 84%.

Lenders are eager to attract longer-term business which has created a competitive landscape for expats. This has ensured five-year average rates have remained relatively flat month-on-month.

Five-year fixed deals tend to be more popular amongst borrowers who are seeking stability. Expats will be opting for these deals to provide some certainty amid the potential economic and political upheavals in the next few years due to Brexit.

Currently over 77% of expats re-mortgaging expect a rise in the Bank of England (BoE) base rate this year. This compares to 35% in April 2017.

After hints of a rate increase earlier in the year, sluggish economic growth discouraged the BoE from raising the base rate. Yet more than three quarters of borrowers still believe another base rate increase will happen at some point in the next twelve months.

If you are looking for a new or re-mortgage please do make contact and one of our advisers will be happy to assist.

Expat lending still rising and will continue to do so.